Meditation on Disappointing Reading, is inspired by Three Daughters of Madame Liang (1969), a novel by the American writer Pearl S. Buck, which is not widely accepted in China. The book deals with the tragic life of Ms. Liang and her daughters in China in the 1960s, a model of the stories our elders used to talk about, both familiar and new. What’s more, what the book itself experienced, as well as the historical background thereby involved, becomes a more vivid example as well. It is about a book that has almost entirely retreated from history and the gloomy past. In the video, the artists reproduced and created two female figures: Ms. Liang and her youngest daughter whom she has never met. The two characters are juxtaposed in a secret rhetorical context. In the minor part of the flow of the images, we saw a woman, in her 60s, preparing food for the home fete ceremony in a ritually grave and empty manner, whereas a woman, in old-style dress, was talking to herself, reading or trying to remember something that is to outline this book of void. When trying to make sense of their words, however, we find it impossible to string these poetic sentences into a “meaningful” scene. What kind of book is it on earth? What historical period does it belong to? What kind of tragedy and trauma it is? All the questions are mixed into the fragmented narrative and the ritualized movements. The video ends with the conflux of the two scenes --- though arranged virtually in the same physical space, they still could not meet. It is metaphoric of the awkwardness we run into when failing to read or approach some documents that are deliberately covered up. Time is like a filter screen, showing us only the trauma left by historical events without knowing the causes. Here the artists does not reconstruct a verisimilar and complete memory of a historical document, as it is cannot be read, and neither can it heal the scar we were born with and we inherited from our previous generations. In contrast to the mother and daughter in the video, the paintings feature fathers and sons on a dual level. In a historical context of art, we can easily tell that the four paintings here take inspiration from “Ivan the Terrible and His Son Ivan” (1885) and “The Return of The Prodigal Son” (1773) by lya Repin and Pompeo Batoni respectively. Similar images, both of a father and a son, show opposite emotional connection. The artist told us that these paintings were finished in collaboration with his father, who is a painter greatly influenced by the Russian style. The elements of classical paintings are reasonably unfolded, turning the story he referred to into something for repeated reading. When the original images are forced to disintegrate and meet the viewer with a completely new look, error and misunderstanding are inevitable, which cannot but become emotional interpretation that the artist wants to manipulate and confuse. In Meditation on Disappointing Reading, details in every day household life were converted to a rite that is intended to call back the spirit of the dead, and likewise, the father and the son here, act as subjects of conducting and adaptation, work together to paint through a rite of connection and the intersection of their identities. The rivalry and the fusion alleviate the natural tension between a father and a son, and at the same, blur the scar and healing in history and mythology.

The fathers, both with arms stretched, and the sons, both rising from the floor, and the mother and the daughter who were in the same room but could not meet, build progressive emotion. How can the trauma left by history be healed? How can the emotional gap between human beings be filled? Standing in this room, we hear it is raining in the courtyard. Long time ago, an Argentine writer also depicted the rain vividly. The scarlet peculiar to roses, the specters that sneaked into history, the memories that are bred and named, millions of Borges and his video cameras, millions of leaves torn form a dictionary... In this game with the void, the artist has to throw out the spear in his hand before the myth is born. Each time we get involved, each time we ask questions with uneasiness, each time a ball of yarn is thrown at our past, each time we casually start a conversation, we were pushed farther and farther on the beach of our memory.
- Li Jia 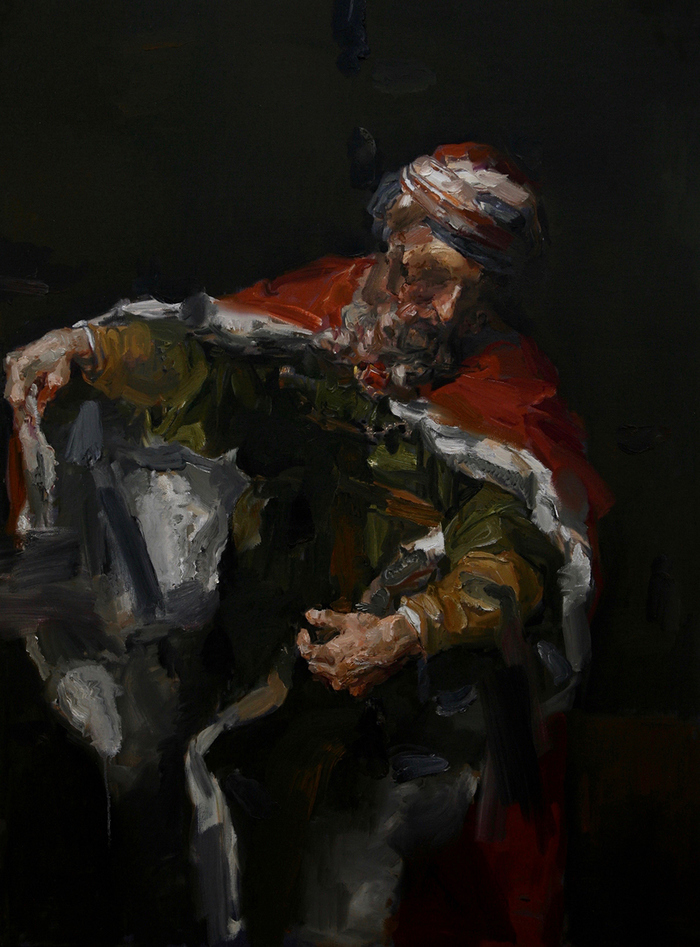 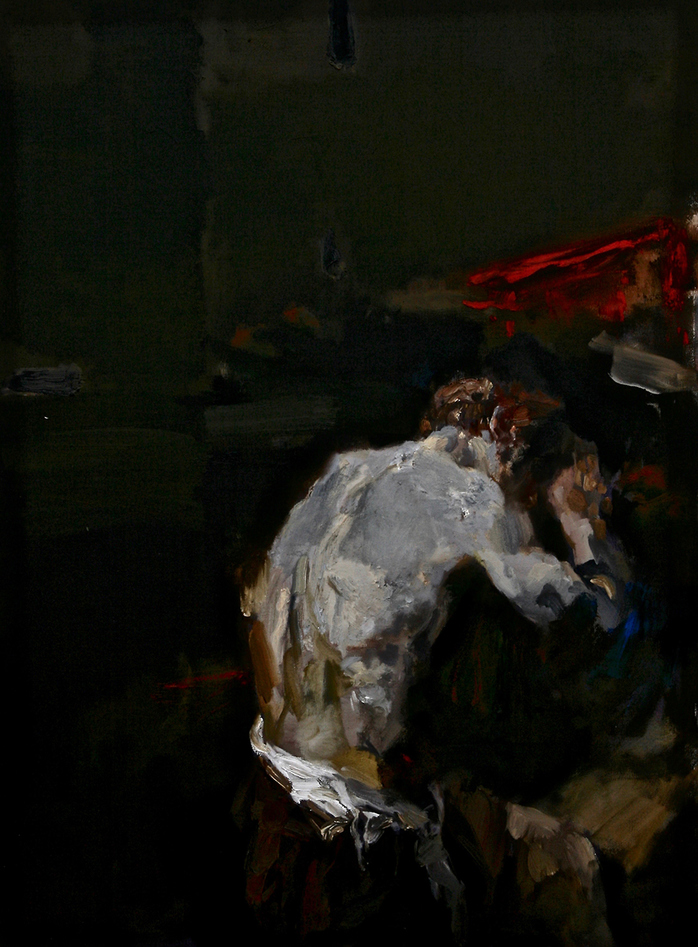 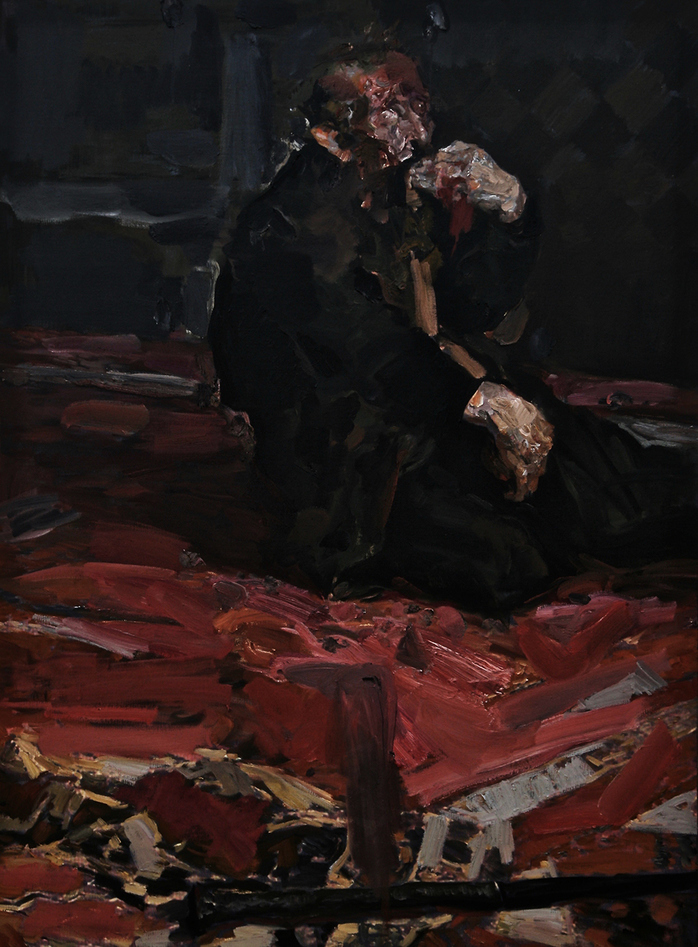 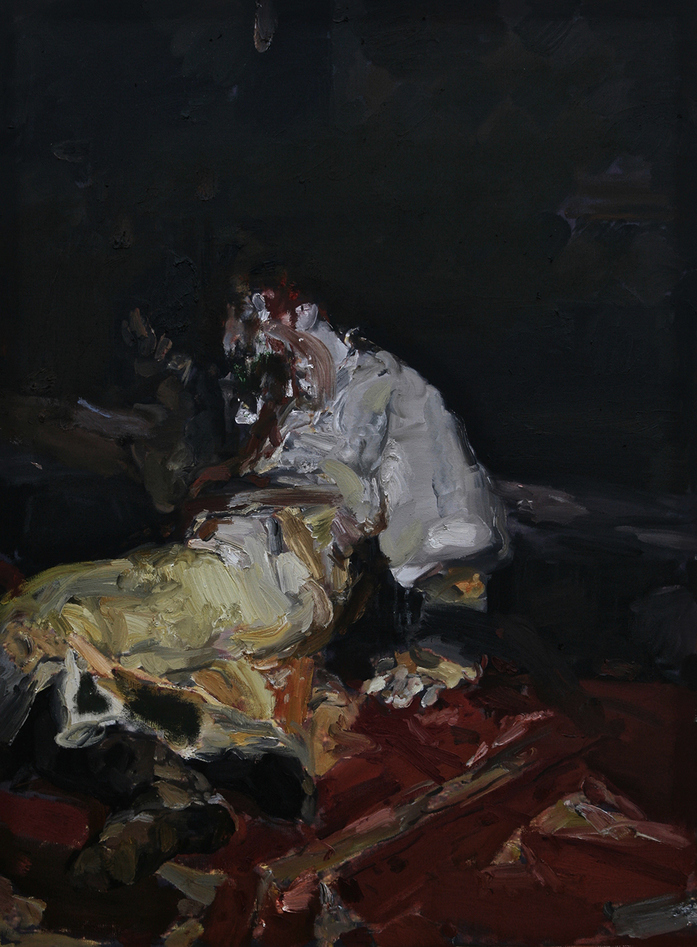